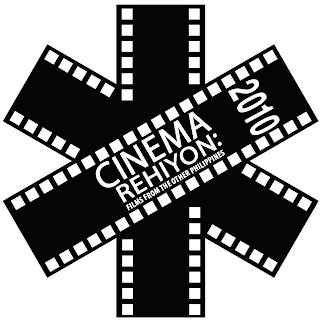 Three award-winning regional films from the southern part of the Philippines emerged as frontrunners for the top plums at the 34th edition of the Urian Awards. The Mindanaoan films, Halaw and Sheika, won major awards at the Cinemalaya 2010. The Cebuano film Ang Damgo ni Eleuteria picked up the Jury Prize at the Cinema One Originals 2010 and the Best Southeast Asian Film award at the Cinemanila 2010. The trio of films nabbed 9 nominations each from the Manunuri ng Pelikulang Pilipino.
Trying to steal some thunder from the purely local movies is the American co-production Amigo, directed by John Sayles. It deals with the seldom told story of the Filipinos’ bloody war against the Americans. The film also got a total of 9 nominations including a best direction nom for Sayles.
The 34th Gawad Urian will be held in May 2011.

Click here for complete list of nominees
*****
Best Picture nominees:
Amigo – Brown monkeys. Indians. These are some of the epithets hurled by Americans against the Filipinos during their bloody war with one another at the turn of the 20th century. Sayles’ movie was co-produced by Joel Torre. The searing script is fiery enough although I found the film slow-paced.

Ang Mundo sa Panahon ng Yelo – 'The first ten minutes or so of the film are presented in an almost documentary fashion, with a warm narration that lures audience to the chilly, dangerous world of the mangangabogs/fish herders and tripulantes/boat workers in southern Philippines.' (Nel)

Chassis – 'Everything about Chassis is grim and dreary. Depicted in ominous tones of black-and-white, it seems forever set in a twilight hour… But what stays with us, more crucially, is the film’s chiaroscuro portrait of a woman with nowhere to go: Nora, with her funereal mask of a face, her sleep-walking steps, her lifeless stance – the shorthand of wretched resignation.' (Northern Portrait)

Halaw – 'Sheron Dayoc’s feature debut, Halaw, is a story of the dangerous, daily diaspora from Mindanao to immediate foreign territories, a story of risky human traffic we have for far too long turned a blind eye to. From a native Mindanaoan director, it is a welcome corrective to the lack of films about the region in general. Hopefully, it isn’t the last.' (Northern Portrait)

Limbunan – 'Whether he intended it or not, Mangansakan has forwarded sociocultural conservatism through his latest film. Limbunan may on the surface be a picture about one forced betrothal of a 16-year-old Maguindanaoan girl named Ayesah, but it is unequivocally a film about resignation and reconciliation to traditions, ultimately redounding to the practice of arranged marriages.' (Northern Portrait)

Noy – 'The movie Noy is not a great film although believers of President Benigno Aquino III will undoubtedly adore it while non-fans may find it worthwhile for various reasons. It combines the gritty realism of a Brillante Mendoza film, the acidic wit of Francis Xavier Pasion's Jay and images of a compelling TV documentary.' (Nel)

Sheika – 'The bittersweet movie boasts of a brave, gripping script and lovely soundtrack. It is the first indie film to deal directly with the notorious Death Squad in Davao City. Previous films, such as the excellent Imburnal and Engkwentro, only allude to extra-judicial killings by nameless death squads. Sheika takes the issue head on.' (Nel)

Tsardyer – A surprise inclusion in the list is Sigfreid Barros Sanchez’s haphazard take on the Ces Drilon kidnapping. The film though has potent sub plots dealing with child warriors and war’s effect on education.

Also-rans (Films without Best Picture nom but with Best Director or Best Screenplay nomination/s):
Ang Mundo sa Panahon ng Bato – A grim portrait of a miner’s descent into the hellish pit reserved for greedy people. This is the second film of Mes de Guzman’s fascinating Earth trilogy.
Balangay – A film festival collaboration between Sherad Anthony Sanchez and Robin Färdig. The free-flowing style of Sanchez gets mashed up with the short film devices of Färdig.
Maynila sa Mga Pangil ng Dilim – A 2008 movie that wasn’t featured at all at the four major local festivals last year. The closest I got to this Khavn de la Cruz’s creation is seeing DVD copies of it on sale at CCP.
Presa - 'The fantastic finale elevates the fine film into a great film. Amidst the bevy of memorable performances, the artistry of Anita Linda shines brightly during the breakdown scene and the shooting segment.' (Nel)

If you missed most of the nominated films, then do catch up with them at the Cinemalaya 2011. The film festival's Ani section will re-screen last year’s notable films.
Here are 3 more films that might pique your curiosity:
Ang Ninanais - 'Refrains Happen Like Revolutions In A Song is a film of ever-changing, protean forms and guises. One is never too sure where he or she stands as realities interpenetrate. John Torres just manages to weave together an epistemic quilt that reveals the complexity of Filipino identity and psyche, while remaining true to his experimental nature.' (Northern Portrait)
Ang Paglilitis ni Andres Bonifacio - Mario O'Hara weaved his magic and creativity on this faithful recreation of the trial of the founder of the Katipunan. Theatrical elements bring home the message that the trial is a moro-moro. Angeli Kanapi steals scenes as Ibong Adarna and narrator. (Nel)
Emir - The impressive musical epic, about a Filipina nanny working in a palatial home in the Middle East, is a showcase for the country's talented singers, songwriters, and dancers. It eerily foreshadows the turmoil in the region and the subsequent return of our OFWs. (Nel)
Posted by Nel at 11:24 PM No comments: