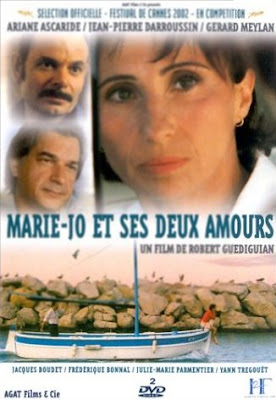 The French, it seems, do not shock so easily; they aren’t rigid, hardened moralists about to cry foul at the prospect of moral depravity. Well, at least not in the artificial world of movies. The theme of marital infidelity, for one, has obsessed many French filmmakers for a long while and established an extensive tradition of controversial filmmaking. In Agnes Varda’s Le Bonheur, a husband declares his dalliances with a woman with the full expectation that his wife would understand him. Louis Malle’s Les Amants is regarded as one of the watershed films in this subset, featuring the most torrid sexual scenes at the time of its initial screening across . Other exponents of this much-contested theme are Claire Denis, whose Friday Night apotheosizes one tryst, and Bertrand Blier, whose films like Trop Belle Pour Toi and Get Out Your Handkerchiefs were not only well-received but also well-awarded.

The canon is expanding every day. Of recent vintage is Robert Guediguian’s Marie-Jo and Her Two Loves, where this time, it is a woman who asserts her questionable subjectivity. Marie-Jo, the main character, is torn between what can only be reductively called a romantic love and a pragmatic love. To her, at first, there doesn’t even seem to be a distinction between sex and love. She seems to be playing it by ear. What makes this scenario more remarkable is the fact that Daniel, her husband, and Marco, the lover, seem amenable to a three-cornered relationship. When the husband senses the tell-tale signs of infidelity and verifies the affair, he teeters between confronting her and keeping quiet. He chooses the latter. While on the other hand the lover is reduced to importuning her over the phone for the next tryst. He doesn’t demand her divorce and allows things to go on as before.

Marie-Jo, in truth, is caught between two equally desirable choices. Daniel is a thoughtful and devoted type of man who may lack learning and education but whose love and constancy for Marie-Jo cannot be questioned. Marco, on the other hand, is the stuff of romance and robust love: a good-looking man with a felicitously effusive tongue, he is a well-traveled seafarer who knows a hundred cultures and can regale any listener with fantastic tales for hours on end. Marie-Jo starts her affair on purely sexual grounds with him, but ends up head over heels in love. Enough for her to abandon Daniel and her daughter Julie.

Set in the seaside city of , with recurrent shots of massive hulls of ships and wide expanses of water, the film tests the openness to forbidden relationships of its world-wise inhabitants. Surprisingly everyone around Marie-Jo approves of her affair with Marco and entertain the possibility of her leaving Daniel for the lover: a workmate of Marco’s, a patient at the hospital where Marie-Jo is a nurse. It is for the simple reason that she seems noticeably “happy” and the lover likewise.

What makes this film with a tricky theme a highly watchable affair is its recognition of relational details, details that can be telling and diverting. In one scene, Marco asks for a full disclosure of Marie-Jo’s day at home like a lovesick, forlorn lover. Hesitatingly she proceeds to describe all her domesticities, and stops humorously – to the dismay of the lover – when she comes to a point of describing what the husband does sexually to her. Another equally diverting scene is when Marie-Jo sets up Marco to meet her family and both sides end up liking each other.

Marie-Jo and Her Two Loves (2002) seems to mark a departure for the director of The Town is Quiet (2000). Missing from the former film is the almost ethnographic study of Guediguian’s hometown, Marseille, and its locals; in its place is something akin to a fable, not a moral one but one about human foibles that cannot be judged or faulted. With that, the film concludes with a poetic but perhaps too contrived ending – the deep blue sea, a watery deus-ex-machina.

Posted by Northern Portrait at 5:25 AM